Dr. Brett started his chiropractic journey as a teenager. A keen sportsperson, Brett competed at a national level in swimming, surf lifesaving and rugby union. As the rigors of sport started to catch up, Brett started to ‘slow down’. He was after help that that would not only help ‘fix’ the injury, but would also prevent any injury from reoccurring and not lose any competitive edge.

Lucky for Brett he found Chiropractic. 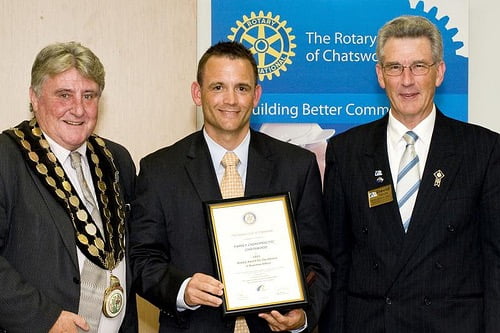 Brett was so excited about the positive effects of the Chiropractic care he received; he went on to study Chiropractic. After undertaking his Bachelor of Science at UNSW, he then completed his Masters in Chiropractic at Macquarie University in 1995. His first year of private practice was spent specializing in the care of children with learning and developmental disorders. The results and changes seen in these children as they progressed through care totally changed his concept as to the role that Chiropractic plays in enhancing the health and well-being of people. The lifelong changes seen in these kids, due to Chiropractic care and working closely with their family played an integral part in their development and their life.

Dr. Brett loves to and continually gives back to the profession and to the local community. He has mentored new graduates and chiropractors and has served as a Director on the Board of the Australian Spinal Research Foundation. On top of the extra study that he has undertaken in paediatrics; geriatrics; family health care; enhancing lifestyle via eating, moving and thinking congruently with your genetic blueprint; and Chiropractic techniques.

Dr. Brett’s greatest love is his family, who have all become an integral part in his family centred practice.